There is more than 20 years of
operating hour experience
with cable projects worldwide.

Among all HTS applications, including non-power devices, cables have the most operational experience. When combining the operating experience of all the cables in the world, there is more than 20 years of operating hours. HTS cable projects have been energized in large scale grid demonstrations around the world ranging from approximately 10 kV—275 kV. Nearly ten cable demonstration projects are under development; these include projects in the distribution voltage (10 kV—66 kV) and transmission voltage (66 kV—275 kV) range. Although DC cables are gaining more interest, there is more data available on AC cables. One of the benefits of HTS cables is that they carry more power at lower voltages compared to conventional cable technologies. HTS cables are being targeted for technical solutions that conventional cables cannot provide. For instance, in dense urban areas with limited underground cable duct space, HTS cables can provide the same amount of power as conventional cables, but in a fraction of the space.

Previously collected data showed that HTS cables could reach widespread market adoption by 2025 or 2030. To reach this stage, R&D is needed to 1) reduce the cost of wire, cryogenic system and cable fabrication, 2) improve safety and reliability of the system, and 3) reduce system losses. 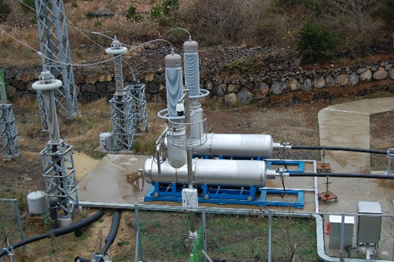 A fault current limiter (FCL) immediately limits the amount of short circuit current flowing through the electric grid and allows for the continual, uninterrupted operation of the electrical system, similar to the way surge protectors limit damaging currents to factories and house¬hold devices. The need for FCLs is driven by rising system fault current levels as energy demand increases, further meshing of the grid in order to improve power quality, and more distributed generation and clean energy sources, such as wind and solar, being added to an already overburdened system. 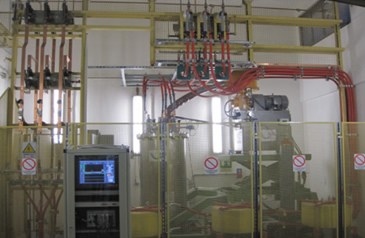 There are several key applications that SMES devices can provide. These applications include power, energy, and controlling phase of current. A Niobium Titanium based-SMES system (using LTS materials) is running at a manufacturing facility that makes liquid crystal displays for TVs in Japan. However, a fully integrated high temperature superconducting based SMES system has not yet been made. HTS coils, one of the critical components for SMES, have been developed using YBCO wire in the U.S., Japan and Korea.

Because superconductivity offers the possibility of smaller and lighter generators than is possible with conventional materials, there is substantial interest for conducting R&D on HTS based machines. One of the key application areas is HTS generators in wind turbines. Demand for wind turbines is increasing because many country’s goals include increasing the percentage of electricity being produced by renewables. There is exceedingly high interest in wind power—particularly offshore wind turbines because there is a plentiful and reliable wind resource. Large offshore wind turbines of 10 MW or greater require a very large support structure, larger turbine blades, and larger generators compared to conventional devices.

Generator projects are being designed using YBCO and MgB2 wire especially for large offshore wind turbine generators over 10 MW. At present, they are not in the stage of system demonstration, but simulations and basic studies are being conducted for coils and cryogenic systems. 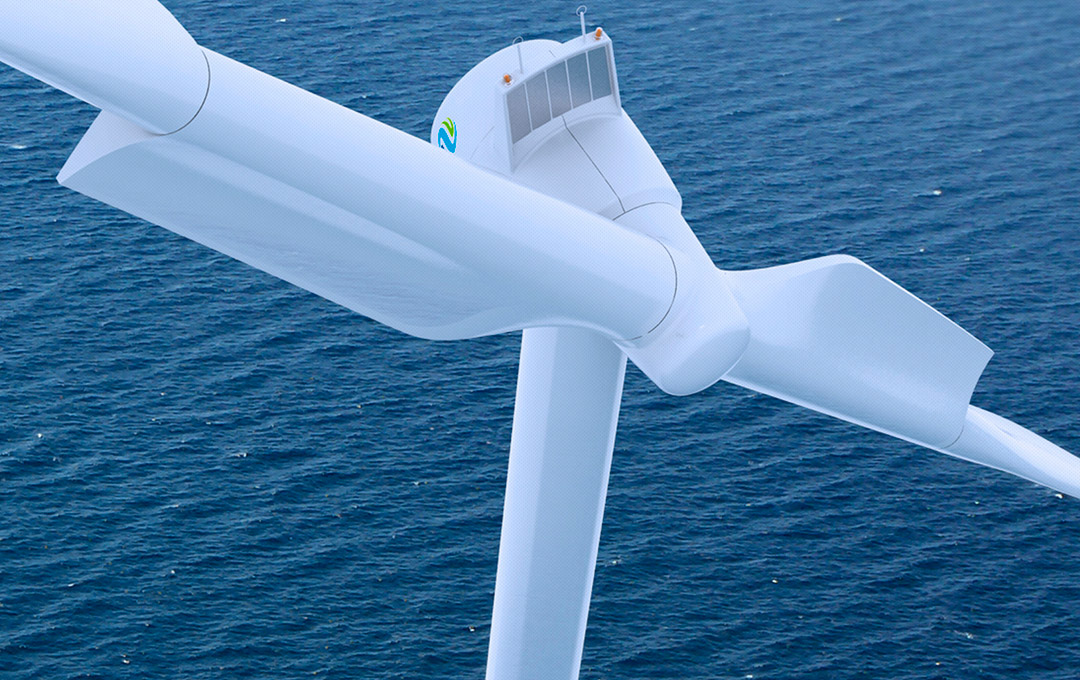 An HTS transformer is arguably one of the most difficult of the superconductivity AC power applications to develop because of the need for very low AC losses, adequate fault and surge performance, and rigors of the application environment. Therefore, worldwide activity in HTS transformer R&D is behind many of the other applications. Projects were started in Japan and in the U.S., but those efforts have ramped down. There is currently very little R&D being conducted on HTS transformers. However, one example is a transformer developed by the Robinson Research Institute in New Zealand that measured energy losses at half of a conventional transformer. Research and development is still needed to reduce cryogenic losses and AC losses in the wire. Moreover, suitable technical solutions are also needed for the cryostat, vacuum, and current leads.